This publication is available upon request in alternate formats.
PDF Version

To investigate complaints from Reserve Force Veterans that the calculation of the Income Replacement Benefit (IRB) – formerly the Earnings Loss Benefit (ELB) - for service-related injury can lead to unfair outcomes compared to Regular Force Veterans in similar circumstances.

Class “B” Reservists work full-time for a set period of time. Class “B” contracts can be as short as 13 consecutive days or as long as 3 years.

In Canada’s new Defence Policy, one of the priorities is to increase Canadian Armed Forces (CAF) agilityFootnote 3. In order to achieve this goal, the CAF will increase reliance on the Reserve Force - augmenting by 1,500 the number of Primary Reservists to a total of 30,000, introducing new operational roles for the Reserve Force and greater integration of the Reserve Force into the CAF.

The IRB is a monthly, taxable benefit that provides income support to Veterans who experience service-related barriers to re-establishmentFootnote 4. The Veterans Affairs Canada (VAC) website explains that eligible Veterans will receive whichever is highest: 90% of salary at release, indexed forward to current day or the minimum threshold, indexed annuallyFootnote 5.

Following an investigation of complaints to our office, the OVO has determined that, in some cases, the IRB for Reserve Force Veterans is calculated using a lower salary than the salary on release, in accordance with paragraph 18(1)(b) of the Veterans Well-Being RegulationsFootnote 6. The salary used to calculate the IRB is the salary at the end of the class of service in which an event occurred that led to the health problem, which may be different from the class of service and salary on release. This salary will be lower than the pre-release salary if the Member has progressed to a higher rank than the rank held when the event occurredFootnote 7.

The OVO investigates issues using a fairness model with three components: Fair Treatment, Fair Process, and Fair Outcome. Fair Treatment is about how Veterans Affairs relates with Veterans. It includes being honest and forthright when communicating and providing clear, easy-to-understand information. Fair Process is about how decisions are made by Veterans Affairs. It includes informing the Veteran of the decision-making criteria; timely decisions; and meaningful reasons for the decision. Fair Outcome is about whether the ultimate decision is fair. It includes basing decisions on relevant information, equitable decisions, and that similarly situated individuals should expect similar outcomes. The OVO also investigates systemic issues of unfairness where, for example, service-related needs may not be met by current programs, or where the issue is the result of unfair legislation, regulation, or policy.

A Reservist is injured in an event in 1996 while on deployment (Class C) at the rank of Master Corporal.  The Reservist returns home, continues to serve, and is promoted.  Eventually, as a result of the aggravation of the 1996 injury, they are medically released in 2019 from Class A service at the rank of Master Warrant Officer.

This Veteran applies for the rehabilitation program and IRB for the injury sustained in 1996, which has progressively worsened leading to medical release.

The Veteran’s IRB calculation is based on their salary at the time of the injury in 1996 (Class C service at the Master Corporal level), which is significantly less than their pre-release Master Warrant Officer salary.

Had the Veteran been a Regular Force member, the IRB would be calculated based on the 2019 Master Warrant Officer salary, rather than the 1996 Master Corporal salary.

Reservists will find that their class of service changes for a number of reasons, often automatically when the duration of their employment changes, or when they voluntarily deploy to serve their country overseas or in designated domestic operations.  Upon return from deployment, their Class will usually change from Class C back to Class A or B.  If a Veteran is injured while serving, and they still meet Universality of ServiceFootnote 8Footnote 9 they can continue to serve, even if the injury progressively worsens over time; their continued service enables the continued operational effectiveness of the Canadian Armed Forces (CAF).  This continued service is not recognized when the IRB is calculated based on a salary the Reservist received years earlier at a lower rank. In contrast, the full military career of Regular Force Veterans is automatically accounted for when receiving income support for service-related injuries.

Service-related injuries can impact more than the Reservist’s military career. Because many Reservists also hold civilian jobs, service-related injuries may affect that employment, including limiting access to promotions and diminished income earning potential over time. In contrast, when an injury prevents Regular Force members from continuing to serve, the manner in which the IRB is calculated better supports them to maintain their income and hence their standard of living (because their IRB is 90% of their full-time salary on release).

Similarly, the regulation does not account for inevitable changes to an individual’s circumstances as their lives transform over time. Like many Canadians, Reserve Force members’ lifestyle will change consistent with their level of income (mortgages, changing family circumstances, addition of dependents, dependant education costs, etc.).  When they release due to service-related injuries, they expect to receive an IRB according to the information provided on VAC’s external website (90% of pre-release salary, indexed).  However, unlike their Regular Force counterparts, Reserve Force Veterans may experience financial hardship due to an unexpectedly lower level of income as a result of an IRB calculation that does not meet their needs or expectations as set by VAC.  Moreover, if the Veteran is subsequently designated as having Diminished Earning Capacity (DEC), this difference in how the IRB is calculated for Reservists could continue to impact their financial well-being throughout their lives.

The increased support that the Reserve Force will provide the CAF only highlights the importance of updating the regulations to ensure fairness for this group of Veterans.  Would potential recruits consider joining the Reserve Force if they knew they might be compensated less than their Regular Force counterparts in a similar situation?

To avoid unintentional systemic biasFootnote 12 against Reserve Force members and Veterans, it is important that policy developers apply a Reservist lens when developing or updating policies.  This would include taking into consideration the context of different types of Reserve Force service, and the variety of career trajectories within the Canadian Forces between different classes of service.

The OVO asked VAC to provide us with the number of Reserve Force Veterans who have their IRB calculated under this paragraph of the regulations.  We were advised that these decisions are not tracked, and thus the numbers are unavailable. VAC could only provide the number of former Reserve Force Members who were eligible for the benefit: almost 3,000 Veterans in 2018.

We have determined based on our investigation of complaints, that the IRB calculation can result in unfair outcomes for Reserve Force Veterans. The result is often inequitable for survivors and orphans of deceased Reserve Force Members and Veterans as well, for their IRB is calculated in the same manner as described above.

Amend the Veterans Well-being Regulations to ensure that Income Replacement Benefits are fairly calculated for Veterans releasing from any class of Reserve Force service.

The OVO suggests the following change to the wording of paragraph 18(1)(b) of the Veterans Well-being regulations (and other relevant sections):

For a Veteran whose final release is from the Reserve Force, select the greater of: 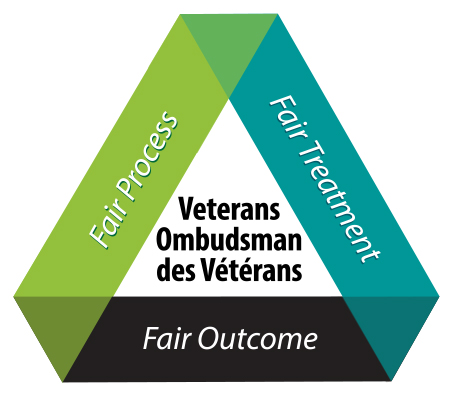 The calculation of the IRB for Reserve Force Veterans leads to unfair outcomes. Using a lower salary than the pre-release salary to calculate the IRB has the following consequences:

To be eligible, Veterans must have been approved for VAC’s Rehabilitation Program for a physical or mental health problem resulting primarily from service that is creating a barrier to re-establishment. In some cases, IRB can continue for life, if the eligible Veteran is designated as having a Diminished Earning Capacity.

In cases of Veterans released from Reserve Force service with health problems that cannot be associated with a specific event, and the physical or mental health problems:

The decision maker will choose the period of service that has the highest monthly military salary.

Section 2.4 of DAOD-5023-0 explains that, “[t]he principle of universality of service or "soldier first" principle holds that CAF members are liable to perform general military duties and common defence and security duties, not just the duties of their military occupation or occupational specification. This may include, but is not limited to, the requirement to be physically fit, employable and deployable for general operational duties”.

Unintentional systemic bias refers to an unconscious bias in favor of Regular Force Service as compared to Reserve Force Service, when this bias is coded into policy resulting in unequitable outcomes.